Why Should You Buy Biometric Gun Safe Over Traditional Gun Safes?

If you are a regular gun user or if you have security issues a lot, you should know how important it is to keep your guns in a safe place. The main reason for keeping a gun is the security of you and your family. But, it becomes the reason for the threat when the gun has been gone to unauthorized hands. This is the reason there are no alternatives to keeping a gun safe in your house.

Now, the question is which gun safe you should take. Well, you should know that there are two kinds of gun safe based on the locking mechanism. One you will find is the traditional gun safe and another one is the latest biometric gun safes. There is lots of controversy regarding the effectiveness of these two types of gun safes. Today we will discuss it elaborately it. So, let’s start. 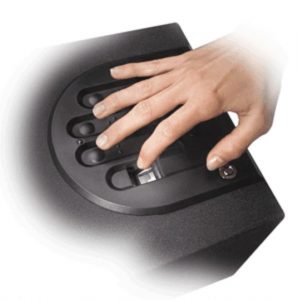 The traditional gun safe is a kind of gun safe that has been used for years. This gun safe is undoubtedly secure for keeping your guns and other stuff. You will find different types of keys, digital keypad locks, combination locks, mechanical locks, etc. These kinds of the locking mechanisms are definitely secure. The price of this gun safe is comparatively lower than the biometric one. Any person can use this kind of gun safe if he knows the combination or has the keys. Overall, this is a reliable gun safe.

The biometric gun safe is an advanced quality gun safe that is considered as the ultimate secure gun safe. This gun safe is opened by the biological identity of the gun safe user. You can use your fingerprints, eye-sights, etc., to make your stuff secure. Most of the people use fingerprints in this gun safe.

This gun safe is quite expensive as it has all the latest features. This biometric gun safe ensures safety at the optimum level. It happens because this gun safe can be opened only by the user of this gun safe. No one can open it unless the fingerprints of the owner of it.

Both traditional and biometric gun safe is good. But, there are some crucial issues that create huge differences between these two. Today we will discuss based on some factors that will show if they have any differences or not and If yes, which one is more effective. So, take a tour of the following discussion.

Keeping the guns secure in the gun safe is not the motive of getting a gun. The main reason for having a gun is your protection. If you don’t get access to your gun at the right time, it may create big problems. So, getting the gun in your hand is very important. That’s why you should be concerned about the accessibility of gun safe. The traditional gun safe has keys, keypads, and a locking mechanism.

Price is a matter when we already know that quality should be purchased. In the case of traditional gun safe, the price is not much high. Traditional gun safe doesn’t have any technical issues. So, there is no latest technology in it. So, it doesn’t require much money to get one of these.

On the contrary, the biometric gun safe is all about technology. The technological improvements require much effort and cost to make things changed and advanced. So, it requires a lot of money to get a biometric gun safe. But, these safes are worth the increased money due to its quality.

Security is the core reason why people buy a gun safe. So, it needs to be considered while judging the biometric and traditional gun safe. A traditional gun safe is secure with key locking, a keypad locking system, etc. In this way, you can keep your gun safe. But, if you lost the keys or forgot the combinations? Maybe you can unlock it somehow.

But, what will happen if someone gets the keys to the safe? Thinking about all these things, we don’t prefer this traditional gun safe. Biometric gun safe is highly secured with the biometric system. This gun safe can’t be opened by anyone who doesn’t have access to the gun safe. There is no possibility of opening it by the bad people;e.

To provide security, it is very important to identify the user. The traditional gun safe is no option like this that can help to recognize the user. It just waits for the keys or the combinations. When you put it, the gun safe opens whether you are the original owner of this gun safe or not.

On the other hand, the biometric gun safe can recognize the owner actually by the fingerprint you saved on the safe. It won’t allow anyone to open the safe unless the owner helps him to set access.

Considering all the factors and issues, we would like to say that the biometric gun safe is the one that you should buy over the traditional ones. From security to budget, biometric one is the winner and people should spend money on it.

Previous article12 Best Tactical Gloves [2021] – Ultimate Reviews & Buyer’s Guide
Next articleWhy You Should Have a Portable Gun Safe for Car?

When you are going on an adventurous backcountry trip, you are going to enjoy nature. Nature is beautiful and mesmerising....
Advertisment

When you are going on an adventurous backcountry trip, you are going to enjoy nature. Nature is beautiful and mesmerising. But you may see...

When it comes to guns, there are a lot of choices out there. It can be overwhelming trying to find the right gun store,...

Looking for a Minigun safe for your handgun? MV500 is a good option. Minigun safes are not very expensive nowadays. You can easily find...
GUNSAFESHUB

When you are going on an adventurous backcountry trip, you are going to enjoy nature. Nature is beautiful and mesmerising. But you may see...

When it comes to guns, there are a lot of choices out there. It can be overwhelming trying to find the right gun store,...

Looking for a Minigun safe for your handgun? MV500 is a good option. Minigun safes are not very expensive nowadays. You can easily find...

If you are thinking of enjoying a sunny spring with your family and friends hunting small prey or just want to practice for enhancing...

If you are investing in a Cannon Gun safe, you are not wasting your money at all. Gun Safe has several benefits. If you...

A vehicle gun safe is most very important and this also provides you with safety features while you are travelling. It is the best...

© tagDiv | All rights reserved | Made with Newspaper Theme